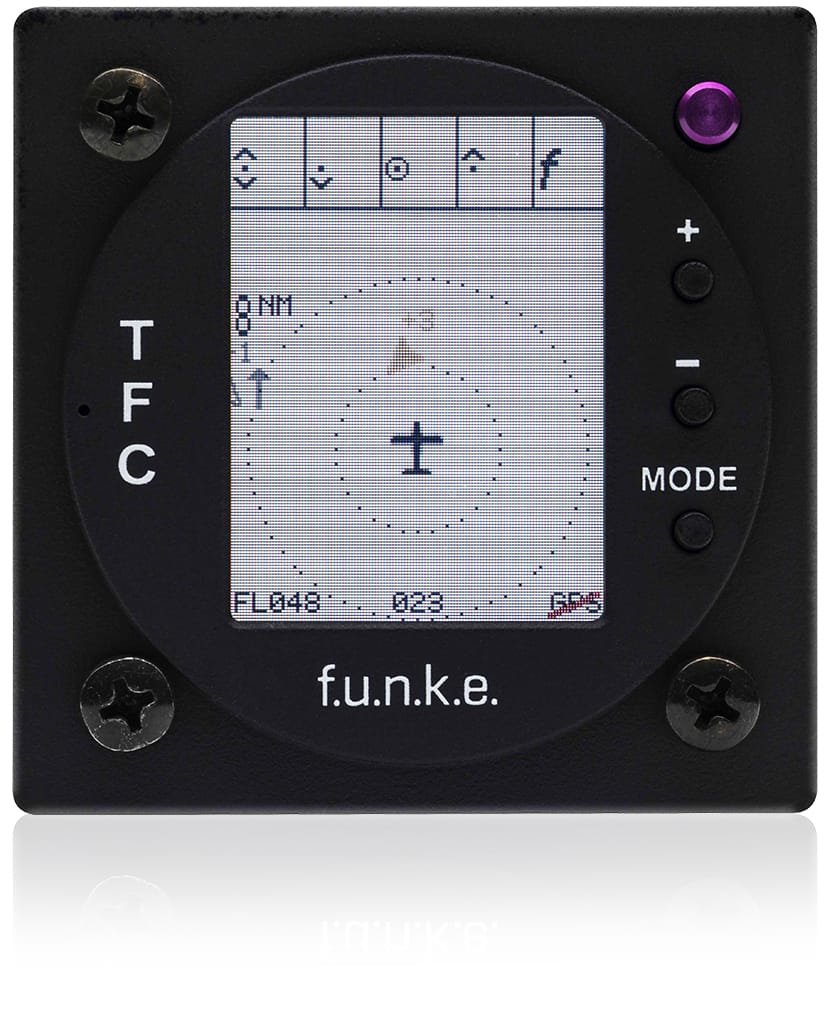 BUYNOW IN OUR ONLINESHOP: TM250

The TM250 is aimed at supporting air space surveillance for General Aviation, integrating Mode S, Mode A/C, ADS B, and FLARM®-Detection in one single cockpit device.

ADS-B data from other aircraft are decoded by the built-in Mode S receiver in the TM250. The display of the TM250 indicates the relative position of these airplanes as well as their vertical movement direction. Aircraft whose transponder does not broadcast ADS-B messages are also detected by the TM250. If possible, they are classified according to relative altitude. Approach of such targets is signaled on the display and acoustically.

The TM250 includes a built-in GPS receiver and can transmit its position data via a serial interface to an ADS-B capable Mode S transponder. This makes a complete ADS-B system.

Via a second serial interface, an external FLARM® receiver can be connected to the TM250 which then allows indicating of position and movement direction of FLARM® equipped airplanes on the display of the TM250.

If no FLARM® receiver is connected to the TM250, other nearby gliders that have a FLARM® transmitter onboard are still detected and indicated on the TM250 graphically and acoustically. This is achieved through a non-directed detection of the signal strength of nearby FLARM® transmitters inside the TM250. In this case however, it is not possible to indicate the direction, distance, altitude or position of such targets.

Without additional FLARM® system there is no transmission of signals to other gliders.