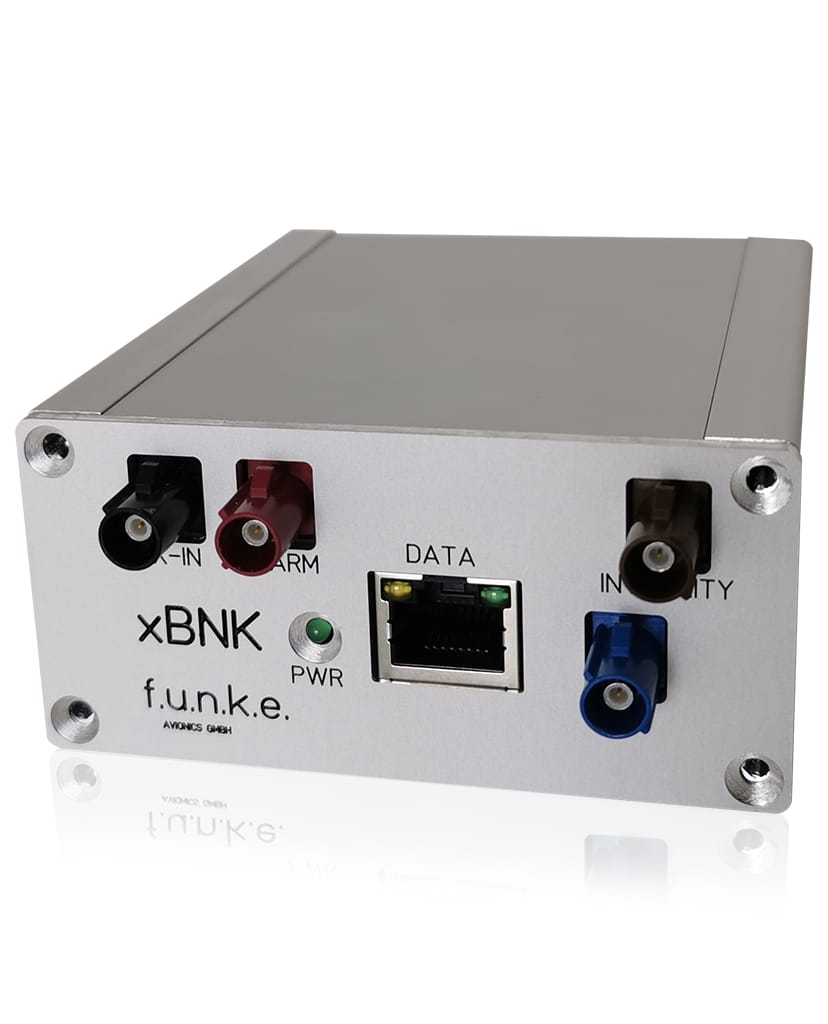 It is a legal requirement in Germany to equip wind farms with a needs-based night marking until 01.07.2021. This can be realised through a system that uses transponder signals from surrounding aircraft.

In co-operation with f.u.n.k.e. AVIONICS Deutsche Windtechnik has developed a global and independent system for this purpose.

The transponder receiver unit x-BNK, developed by f.u.n.k.e. AVIONICS, represents the core component of the overall system. This device receives signals from approaching air vehicles, performs a respective verification and activates the danger fire if needed.

At the end of an intensive test campaign over several months, including as well overflight testing via a drone around a wind turbine,  the system finally received certification on the 17th of September 2020 through airsight GmbH, the first official testing authority named by the Federal Ministry of Transport and Digital Infrastructure.

This certification proves once more the profound know-how and long lasting experience of f.u.n.k.e. AVIONICS in the field of Mode S transponder technology. The system has now entered production stage and and is ready for widespread installation in the years to come. The system is sold exclusively via our partner Deutsche Windtechnik (www.deutsche-windtechnik.com/bedarfsgesteuerte-nachtkennzeichnung-bnk).