We are active in the field of Mission Systems since many years and can draw on extensive system level knowledge as well as practical experience in many appplication areas. Our  Mission Computer Subsystem is sucessfully in operational use since 2010 onboard the tanker aircraft type A310MRTT of the German and Canadian Forces.

Under contract with Airbus Operations GmbH Hamburg f.u.n.k.e. AVIONICS has developed the Mission Computer Subsystem (MCS) for the A310MRTT tanker aircraft. The MCS supports the ARO (Air Refuelling Operator) in planning and monitoring of refuelling missions.

The MCS is in operational use since 2010 onboard all Airbus A310MRTT tanker aircraft. Four of these aircraft are operated by the German Armed Forces, two are operated by the Canadian Forces. f.u.n.k.e. AVIONICS provides support for the operational use of the system through maintenance agreements. Our support covers consultancy and continuous improvement on the basis of the experience from the latest missions onboard the aircraft.

The MCS hardware architecture is based on the central airborne processing unit MPU-100. It was developed to satisfy the requirements of long-term operation onboard civil and military aircraft. In its standard configuration, the MPU-100 comprises a powerful Pentium-M CPU, a ruggedized 30 GB hard disk, ARINC-429 interfaces and a high-speed, 3D capable graphics module with video I/O. The LRU has a 4MCU ARINC-600 form factor. The design is modular and based on CompactPCI modules. This allows the expansion by further modules. The MPU-100 is a versatile OEM platform, which can be used by system integrators for their applications. 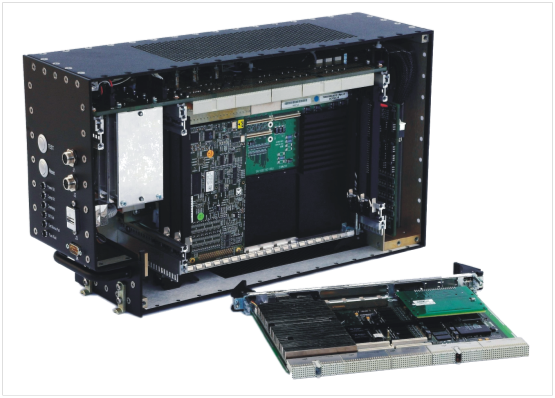 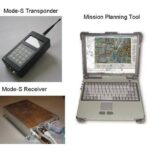 We have developed a customer specific portable Mode S solution (transponder and ground receiver) under contract from EADS Deutschland GmbH (Airbus Defence and Space). It is in use for the training of military paraglider troops. The system comprises a graphic position display on a laptop computer.

The Test-Rig is part of the A400M verification activities. The work comprised of: